In 2019, Blue Signal expanded their recruiting team to 17 full-time recruiters, brought on an additional 3 operations team members, and awarded several promotions to some of its senior team members. We placed over 150 qualified candidates in exciting new roles, and our annual revenue exceeded that of the last 3 years combined. During our annual Blue Signal Summit, held in Scottsdale, Arizona, we reviewed our record-breaking 2019 and discussed our big plans for 2020 and beyond.

If it weren’t for our incredible leadership, we would not be where we are today. At the Summit, Blue Signal Owner and Sr. Managing Partner, Matt Walsh, announced several awards to recognize some of our top performers and exemplary mentors.

Having joined our team late-January 2019, John Stuart jumped into his first year of recruiting head first. During John’s first few months he almost lost steam, but as the management team reassured - the fruits of his labor would pay off. And once it did, it really paid off. With the securing of several placements, and even bringing on a few new clients of his own, John truly worked to earn the recognition of Rookie of the Year for 2019.

Within his first year in the industry, Ryan Walsh was promoted to Recruiting Manager for his diligence and eagerness to share knowledge with junior members of the team. That year, he brought in what would quickly become some of our best clients. From there, it was no surprise that placement after placement, Ryan would achieve the Top Cash-In for 2019. 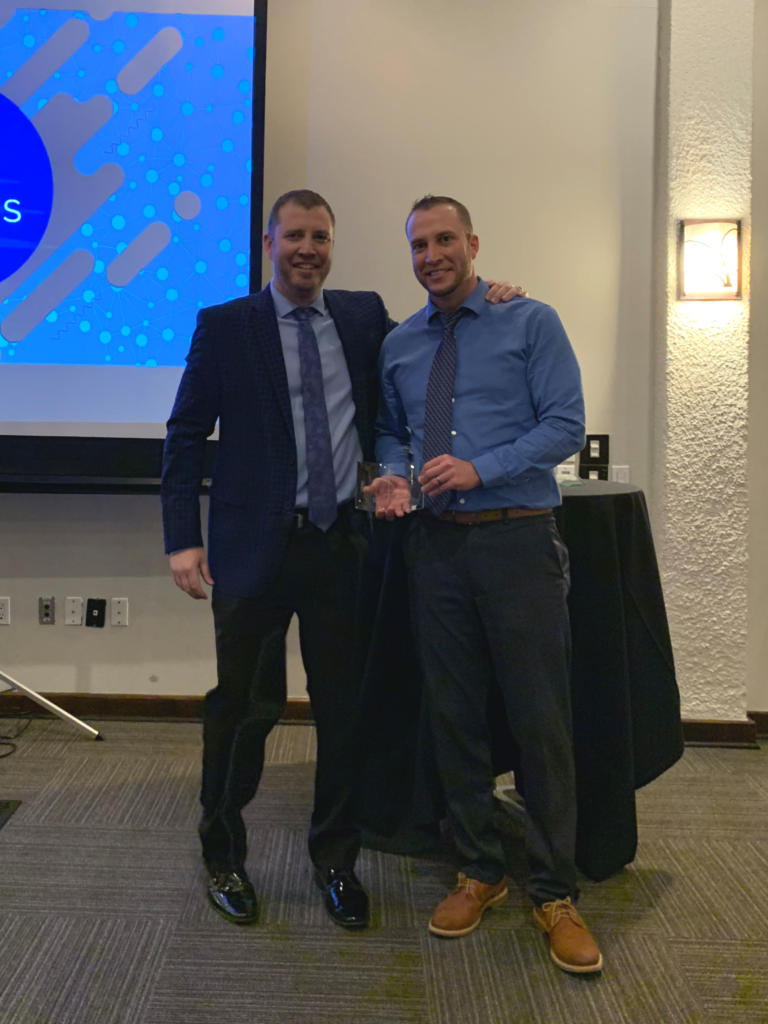 Ryan’s dedication and close work with his clients also helped him secure an additional award for Top Billings in 2019. During the Summit, company owner and Ryan’s older brother, Matt, reminded Ryan of the trials he faced his first year. Matt even admitted that although they are brothers, he worked Ryan harder than anyone else on the team. Regardless, Ryan took the reins and certainly made his brother and the company proud. 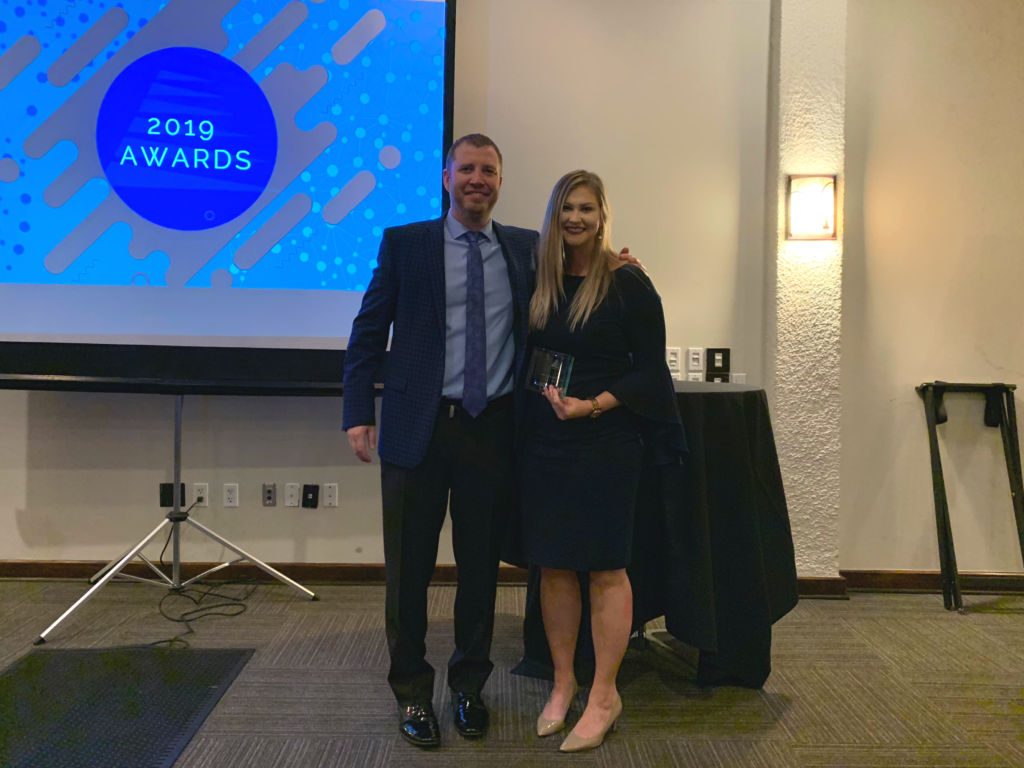 As the “lifeblood of Blue Signal,” Lacey Walters was recognized as the two-time recipient of the MVP, Top Contributor award. During his speech, Matt recalled the day they hired Lacey, stating, “Talking about the growth and future plans for the organization, she told me her hands were shaking because she was so excited.” We all truly believe we would not be where we are today if not for Lacey’s dedication and creativity. 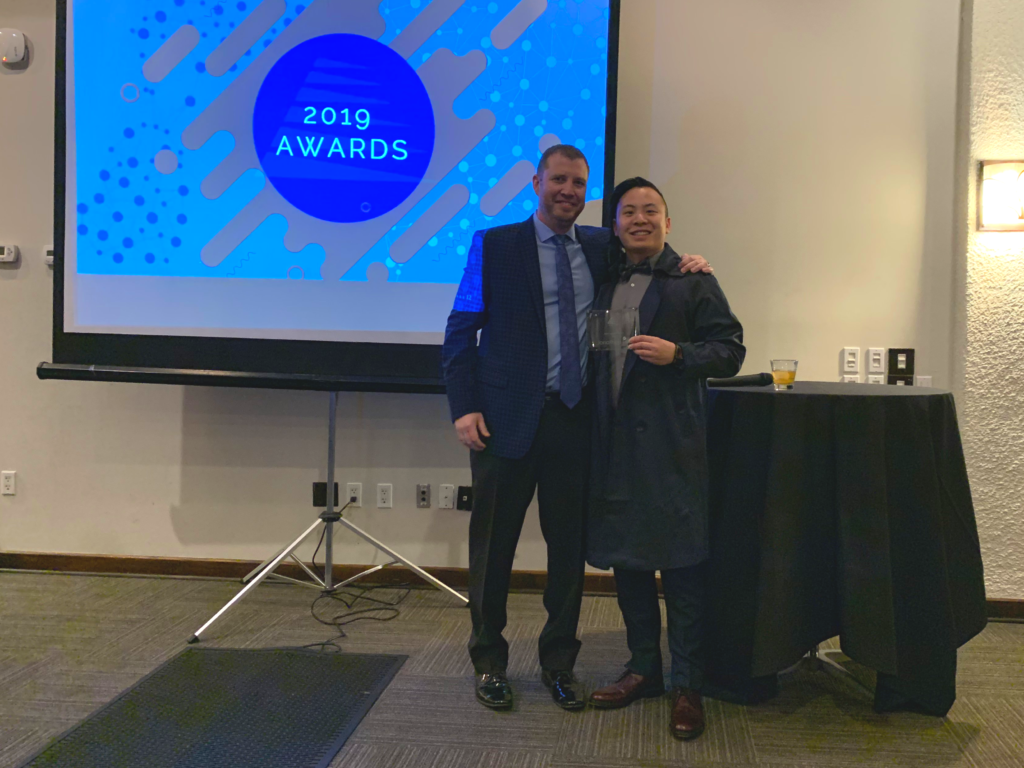 A new award to the Blue Signal Summit lineup, the Best Support Award was created specifically for this winner. And as anyone in the company can attest, there is no one more supportive or loyal to the company than Jonathan Lee. The literal first person in, last person out of the office day in and out is always Jonathan. If you needed anything, at any hour of the day or night, he would answer your call. Jonathan continually motivates, inspires, and elevates each member of the team and is well-deserving of this accolade.

These 4 individuals embody Blue Signal’s core values - excellence, transparency, integrity, commitment, and respect. They put clients and candidates first, no matter the circumstance; they drive the culture of the organization through leading by example. These leaders earned this prestigious recognition, and we are all excited to see what success 2020 will bring them, and the company as a whole.

The Blue Signal team kicked off our second annual Summit on January 10th which included a healthy mix of presentations and activities. The two-day event is a way to look back on the years’ achievements in recruiting and operations, and celebrate our success as a group. Friday included a 2019 sales presentation by Matt Walsh, Blue Signal Owner, and Sr. Managing Partner. Among the highlights, we overwhelmingly had our best year to date, bringing on 15 outstanding recruiting and support team members. We saw five employees receive well-earned promotions and recognized the overall growth the company has seen over the last 12 months after bringing in as much revenue as the previous three years combined!

Following Matt’s presentation, we kept on-theme with a game of Jeopardy which did not disappoint. The game, put together by Amber Lamb, Sr. Marketing Specialist, and Lacey Walters, Director of Operations, included challenging Blue Signal related trivia that had us all on the edge of our seats. It was fun to learn a little more about our colleagues, from this year’s highest biller, down to who owns which beloved fur baby. The only thing missing was Alex Trebek!

We rounded out the day with a variety of bruschetta from Postinos, a few beverages, and a game of bags (or “cornhole”, depending on where you come from).

Not to be outdone, on Saturday, January 11th the whole Phoenix team gathered at the Gainey Ranch Golf Club for cocktails, dinner, and an awards ceremony. The beautiful setting offered a perfect backdrop for the night, which included a lot of laughs and a few sentimental moments as well.

During the presentation, Matt gave out several awards and also recognized those that were promoted for their hard work and achievements this past year.

Promoted to Recruiting Manager. Ryan has been with Blue Signal for about a year and a half now and has already made a huge impact. Not only has he developed strong partnerships with phenomenal clients, but he also crushed his first-year numbers in the process. He’s also a go-to resource for support to anyone at the company, not just his own team – and he continues to achieve more and more in this leadership capacity.

Promoted to Senior Marketing Specialist. As Matt said to the group, “Rockstar, killer, has that instinct,” and we all couldn’t agree more. Her tenacity and drive have earned her this role and we look forward to seeing many more exciting things from Amber down the line.

Promoted to Technical Business Manager. Jonathan started his career at Blue Signal in recruiting and soon realized he would be better served in a technical/operations capacity. He’s essentially carved his own path within the organization, demonstrating an insane amount of work ethic while remaining a constant source of support for the entire team.

Promoted to Senior Executive Recruiter. Trevor came out of the gates strong when he started with Blue Signal in January 2019 and never lost steam. Without prior recruiting experience, he picked things up quickly and brought an innovative spirit to the role and organization. Trevor aims to be not only a recruiter but an advocate for the candidates and clients he works with.

Promoted to Senior Executive Recruiter. John, as Matt aptly said, is a “hustler”. He rose to the top of the activity charts right off the bat and put in the time and effort to be dangerous in this role. While the fruits of that labor weren’t immediately evident, his drive and determination paid off. He finished the year as one of the top billing recruiters, even making placements from islands halfway across the world.

Another worthy milestone that Matt discussed is the 4-year work anniversary of Blue Signal’s Managing Partner, Jordan Lawhead. Jordan took a leap of faith, moving him and his wife from Illinois to Phoenix to help Matt build Blue Signal. We’re lucky to have a mentor like Jordan on the team who has seen how challenging the recruiting world can be but also how rewarding it is as well.

As we find ourselves already weeks into the new year, we look forward to scaling out the team, further expanding our reach, and making 2020 a banner year for Blue Signal.