Blue Signal held the 2nd Annual Blue Signal Gives Back Initiative earlier this month. In keeping up with tradition, we gathered together to celebrate the team’s accomplishments and give back to the community. For an entire month, employees stepped up their game in a friendly competition where their work was rewarded with a donation to a charity of their choosing.

All recruiters choose a nonprofit organization that’s important to them, and team up with members of the support staff. Each team is able to earn money through Send-Outs, Placements, various metric benchmarks, and company trivia. Trivia questions consist of surprising facts, photos and stories about employees - allowing everyone else to guess who fit the facts, and learn a little about each other along the way! Points are added up and converted to dollar amounts, awarding a dollar for each metric to the chosen charity. The team with the most “dollars” is awarded the dollars earned by all teams to donate to the charity of the winner’s choice.

A quick recap of the competition: This year’s program ran from November 25th through December 25th. With the competition taking place around such a giving time of year, Blue Signalers were excited and eager to start earning points for their chosen organizations. This year, a huge part of the fun was getting to guess answers to the trivia questions! Some of our favorites were  “Who on our team once hiked 35 miles in 24 hours, some of which occurred overnight during a full moon?”, “Who on our team has hitchhiked from Scotland to Italy?” and “Who on our team was supposed to bring lettuce to a taco party, and accidentally brought a cabbage head instead of a lettuce head?”. These questions provided a lot of comedic relief during the workday and brought everyone closer together as a team.

At the 2020 Blue Signal Summit, Recruiting Manager, Ryan Walsh, was announced as the winner of the competition for the second year in a row! This year, the organization Ryan chose to partner with was the Smith-Kingsmore Syndrome (SKS) Foundation: a non-profit foundation dedicated to providing support and medical research toward children with SKS. With the combined efforts of the team, Blue Signal was able to donate a total of $2,052.50!

The SKS Foundation is very near and dear to Blue Signal’s hearts.  3 year old Jameson “JJ” Walsh, the youngest son of CEO, Matt Walsh, was diagnosed with Smith-Kingsmore Syndrome in early 2019. SKS is a rare genetic condition that can cause a wide range of medical, intellectual, and behavioral challenges. Early on, JJ had hearing loss and has undergone two cochlear implant surgeries to allow him to hear, which were a triumphant success! Despite his diagnosis, JJ is a happy and healthy boy and is making great progress with the help of the amazing medical support he receives. 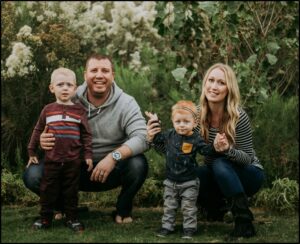 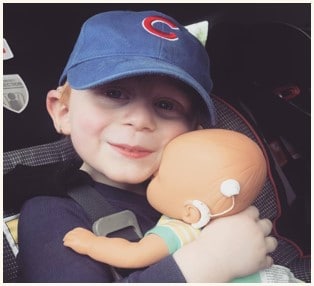 The Smith-Kingsmore Foundation strives to provide this kind of support to other families and contribute to educating others on the condition. Researchers are continuing to learn more about SKS and are working to help special needs families gain more understanding/earlier diagnosis. The goal is to better understand the characteristics and the differences of MTOR conditions like Smith-Kingsmore syndrome to be able to design well-informed treatment plans. 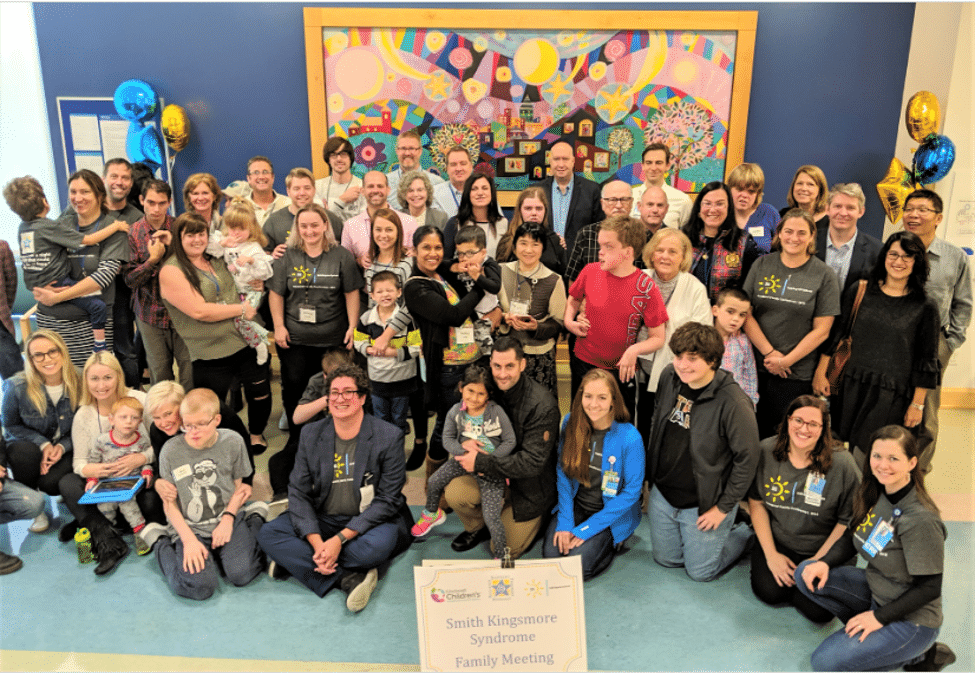 More about the Smith-Kingsmore Syndrome Foundation: The SKS Foundation was established in 2019 as a non-profit foundation for children and families affected by Smith-Kingsmore Syndrome. The foundation is working to improve their quality of life by supporting cutting-edge research, collaborating with medical professionals, and strengthening community through worldwide awareness.

Donate to the SKS Foundation Here! 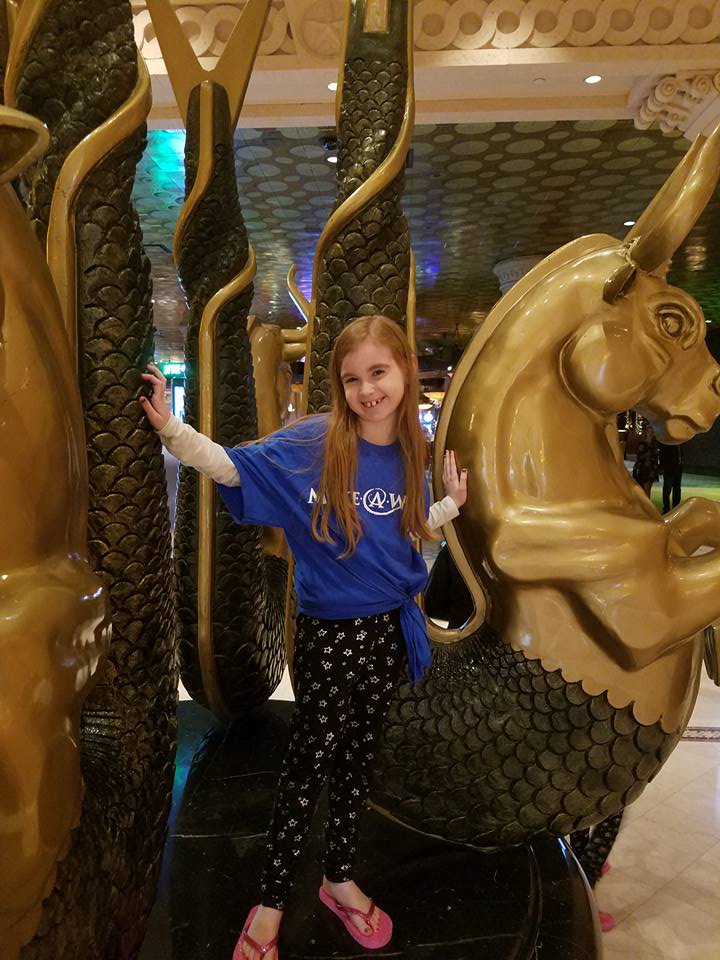 On May 4, 2019 Blue Signal had the privilege of sponsoring the event, “Abby's Big Day Out” during Brain Cancer Awareness Month. According to the American Association for Cancer Research, more than 23,000 people are diagnosed with brain cancer and other nervous system cancers each year. Some of these diagnoses are for DIPG, a type of tumor that starts in the brain stem - usually in children aged 5 to 10 years old.

A cause rather close to the Blue Signal family is the charitable organization, “Another Day with Abby.” On September 19th, 2016 Abigail was diagnosed with DIPG, a rare, inoperable, brain tumor that only affects 300 children in the U.S. every year. After a courageous battle with cancer that lasted 9 months, Abigail passed away on June 15th, 2017 at eight years old.

Her family describes her as a “smart, sweet and funny individual. She wore her heart on her sleeve and committed herself fully to everything that she did. She was so many things to so many people; she was a girl scout, a burgeoning artist, a pint-sized humanitarian, a self-taught swimmer, a comedian, a musician (thanks to her cherry red Fender Stratocaster) a voracious reader and lover of books, a daughter, a granddaughter, a cousin and a sister. She loved everything and everyone she met, she was a genuinely kind and trusting person who wanted to be a musician one day and a painter the next.”

“Another Day with Abby” was created in her honor to help raise money for the families of children who have been recently diagnosed with the disease to make sure they can cover the financial burden that something like this places on a family.

Their first event “Abby’s Big Day Out,” was a picnic-style event that had fun field games, kickball, and BBQ. With over 150 attendees, the event raised over $4,000 for the family of Peyton, a 5 year old from Michigan who was diagnosed with DIPG in February. 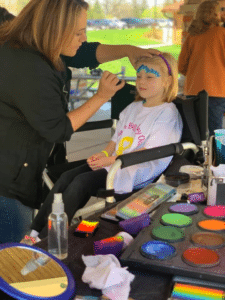 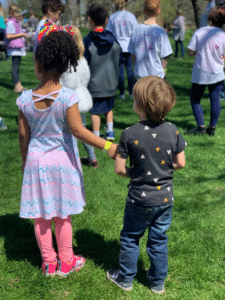 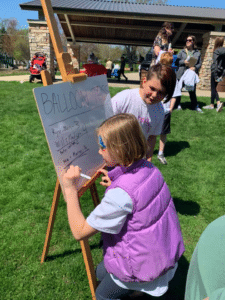 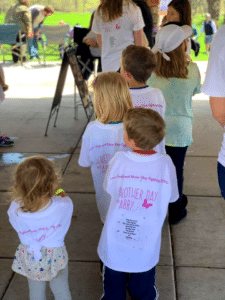 Blue Signal was proud to be a presenting sponsor for the event. Community involvement has always been paramount to our office culture, and we are humbled to be able to turn this initiative into something that can help other families, because as Abigail taught the world, every day is worth fighting for. If you are interested in learning more, please follow the links above or go to https://www.anotherdaywithabby.com/#donate to donate.

In November 2018, Blue Signal launched its first ever Blue Signal Gives Back initiative. In an effort to give back to our community, we implemented a program where the entire team worked together to raise money for a charitable organization of their choosing.

Blue Signal’s company culture is unique in many ways. While we do have four brick and mortar offices – two in Illinois, and two in Arizona including our new HQ – we also find our workplace all across the US in the homes of our remote workers! Because of this, it has been important for us to remain a close-knit company in many creative ways. The Blue Signal Gives Back Initiative allowed us to work as a team to accomplish one major goal – giving back. And we learned a lot about one another along the way!

Here’s how it worked: The program ran for 6 weeks from November through the end of December 2018. All recruiters chose a nonprofit charitable organization that was important to them, and teamed up with members of the support staff. Each team was able to earn money through Send-Outs, Placements, and various metric benchmarks and company trivia. Every week a progress report was sent out to the company, keeping track of which team was in the lead. At the end of the year, the points were added up and the team with the most cash won! The best part? Blue Signal took all the money earned from ALL teams, and donated it to the charity chosen by the winner – placing the donation in their honor. That meant that every send out, every placement, regardless of the winner, translated to a win for one lucky charitable organization.  Each employee’s hard work directly benefited the winning organization. 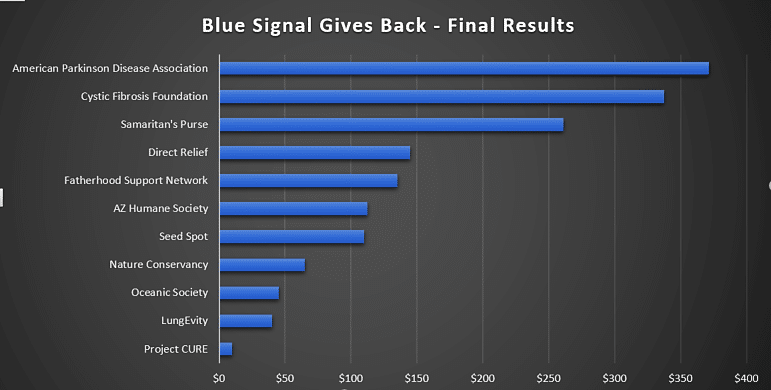 At our year-end holiday party, the Blue Signal Summit – Ryan Walsh was announced the winner. His efforts put him and his organization, the American Parkinson Disease Association, in the lead. Ryan and the entire Blue Signal team was able to raise $1,632.50 to donate to the cause. We are so proud to have had this opportunity to work together as a company to give back to our community!

More about the American Parkinson Disease Association – The APDA is the largest grassroots network dedicated to fighting Parkinson’s disease (PD) and works tirelessly to assist the more than 1 million Americans with PD live life to the fullest in the face of this chronic, neurological disorder. Founded in 1961, APDA has raised and invested more than $177 million to provide outstanding patient services and educational programs, elevate public awareness about the disease, and support research designed to unlock the mysteries of PD and ultimately put an end to this disease.