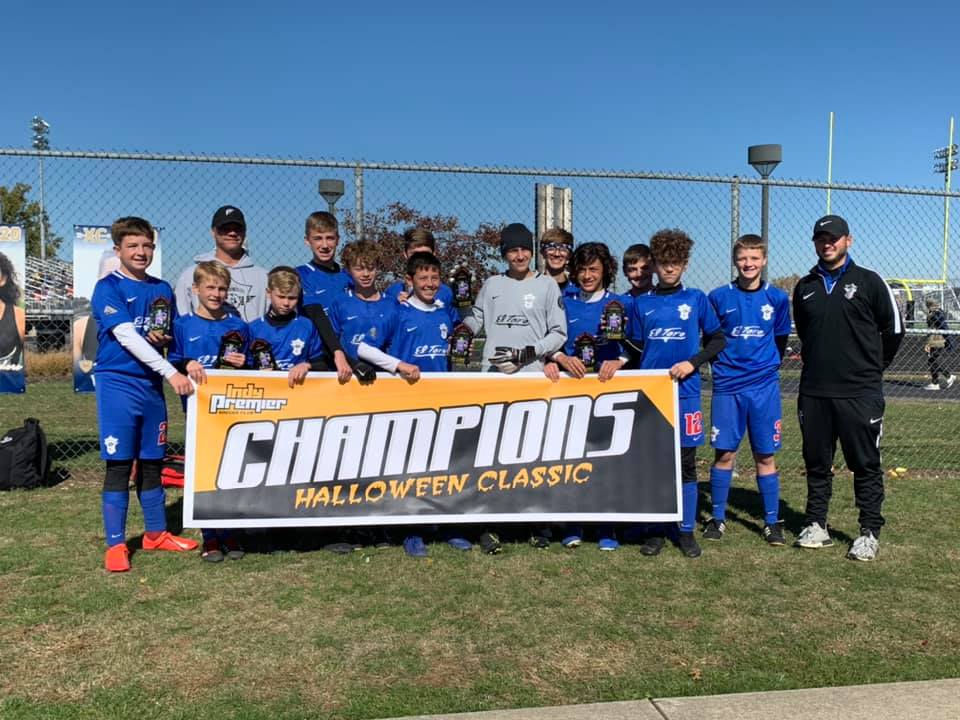 This is Blue Signal’s first team sponsor (they even have our logo on their jerseys!). The team is also sponsored by several other amazing companies representing the heart of Central Illinois, including El Toro, Lockhart Angus, AGTech Advantage, Do it Best, and Anthem Chevrolet Buick. We look forward to seeing these talented young athletes continue to blaze a trail in the future.

Ammunition FC is led by Coach Markus Lockhart and Assistant Coach Dave Barney. The team was formed in 2017 with the specific intent of building a competitive youth soccer team in the Champaign and Vermilion County area. Since then, they’ve gone on to win four tournaments and placed second in another.  The team recently swept the competition and won the 2019 Illinois Fire Fall Classic and just recently won the 2019 Indy Premier Halloween Classic on the heels of their Fall Classic win. Overall, they finished second in the league in 2018 and third in 2019.

FC strives to field athletes that will be known for exceptional sportsmanship and discipline. Their goals are to develop young athletes capable of playing at a higher level. They believe hard work, proper technique, and a strong desire to play the game of soccer will ultimately result in success on the field. Developing athletes with key core values provides the best opportunity to succeed at the next level.

Blue Signal was founded in Chicago in 2012. Since then, it has grown into a multimillion-dollar executive placement firm with offices in Phoenix and Chicago. Blue Signal has established itself as the premier executive search firm within the wireless/telecom, technology, and related industry niches.

Our team works with both candidates and hiring managers to find the right fit. Contact us today to let us know how we can help.